Thank you for your interest!
Please fill out the form below:
Thank you! Your submission has been received!
Oops! Something went wrong while submitting the form.
Phone:   087 3185453     or you can   Email us 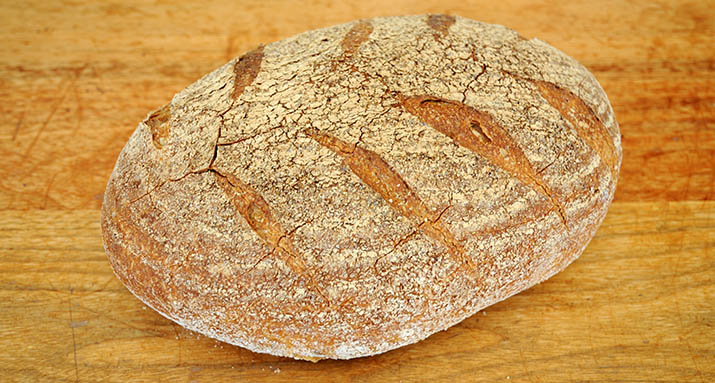 Sourdough is made with a starter which is a mix of flour and water fermented over several days. More flour and water are added over this time to feed the yeasts and lactobacilli naturally present in the grain. The resultant starter is added to the dough and left to rise for several hours. It is the fermentation of the starter which develops the distinctive taste of sourdough bread

Believed to have been around since the dawn of agriculture, sourdough fermentation is the oldest method of bread production. The oldest loaf ever found was discovered in Switzerland from 3,700 BCE but it probably originated in the Fertile Crescent around 6,000 BCE

There are several references to sourdough in the Bible from Genesis and Exodus. To this day matzah, an unleavened bread, is traditionally eaten at Passover in commemoration of the flight of the Jews into Egypt. There was no time for the dough to rise overnight.

The method had spread to Egypt by 3,000 BCE and the Egyptians invented bread moulds and specialised ovens.

“The leaven is made from the flour itself, which is kneaded before the addition of salt. It can be boiled down into a kind of mush, and then left until it turns sour, though in general they do not bother with this simmering process, but rather use some dough leftover from the day before.”

Until brewers yeast became common in the Middle Ages, all leavened bread was sourdough and was still being used up to the nineteenth century and the availability of commercial yeasts. In the twentieth century, bakers focused on producing quick raising breads and the resurgence in demand for sourdough production is a recent affair. 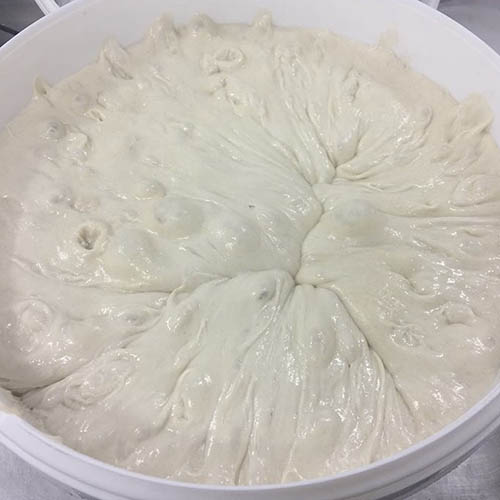 At Bácús Bhréanainn, it takes over two days to produce sourdough breads from start to finish, the final proving takes up to 18 hours. We use only flour (wheat, rye or spelt), water and time to produce.

At Bácús Bhréanainn, it takes over two days to produce sourdough breads from start to finish, the final proving takes up to 18 hours. We use only flour (wheat, rye or spelt), water and time to produce.

It is a four-stage process

Our sourdough breads are: